Part of the “THIS IS THE MOMENT” series

There was a time, in my childhood, when I often lay awake at night, silent as the grave, perhaps listening to the breathing of my sister Marie, asleep in the bed next to mine. Hers was against the wall of my parents’ room—which may have given her all kinds of things to dream about—and mine was against the opposite wall, right under the double window, which allowed me to push aside the flowered curtain a bit, and stare up at the night sky.

I think it’s that view of the immense darkness, into which it was still possible to glimpse an abundance of stars (there was less light pollution then), that triggered the cascades of anxious thoughts that returned to me, often, in the night.

By the time I was 8, I had experienced several deaths in the family; had seen my father break down and cry at the dinner table after his mother died (we were on summer vacation in Cape Cod when we received the news and had to pack our things up and return home); had already been to the funeral parlour more than once and witnessed an open casket. I remember feeling caught up in the distress and sadness of others, and understanding to a surprising degree the finality of my separation from those who had died. 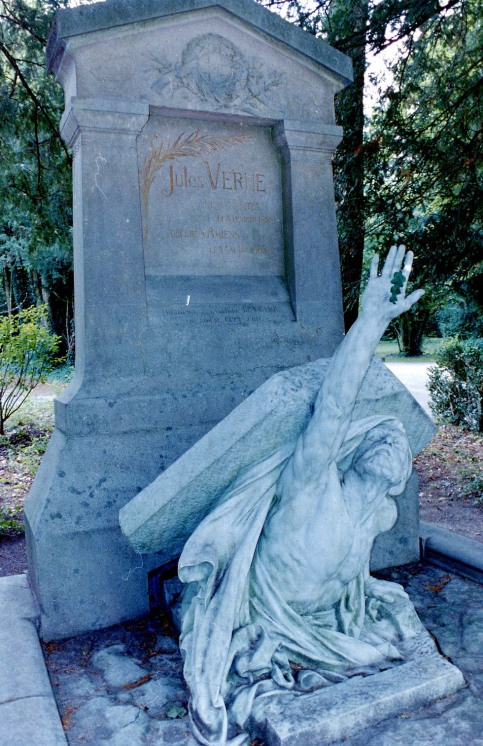 When I stared up into the night sky from my bed, as a child, what I saw was the wondrous and terrifying possibility of eternity. Children whose upbringing includes almost any form of religious education are soon introduced to the notion of an afterlife. Their parents do this because it’s what they’ve learned and probably firmly believe, but also, because it’s immensely compelling and comforting to know in your heart that those you have lost—a parent, a dear friend, even a stranger whose accidental or violent death has shaken you, and worst of all, a child—have “passed on” to a better place and so, still exist, and remain somehow accessible to you through prayer or some form of spiritual, noetic connection.

I accepted this notion of enduring, lasting contact with those we’ve lost because of course it made separation from them less cruel. It made it endurable. It seemed to bring peace to the adults in my life who were suffering. It was part of a child’s imaginary universe of “ever after”, so beautifully laid out in the bedtime stories that are read to us in childhood.

And then, one night, as I lay quietly in bed, the idea that when I died, I, too, would go on to live forever and ever and ever, struck me as something truly disturbing and frightening. It was good to imagine the grandmother I had lost looking down at me from a vague and peaceful place, but it was entirely different to cast myself into a mode of existence that would be vast and infinite. Being with Jesus, or being with my lost relatives forever no longer felt soothing. As a school-age child, wrestling with the notion of eternity, of existence going on and on and on and on and on…in a form that my mind could not grasp—that none of our minds can grasp—it kept me awake, tossing and turning.

I’m not sure why, but I never brought this up with anyone during all of the years of my growing up. I suppose that I did what many (most?) of us do, which is: experience life, gather empirical evidence, keep asking questions and searching for answers, remain curious and open, seek out sources of illumination, recognize the people who seem to carry within them a luminous quality, and people whose effect on those around them is always positive, as though they were infused with some sort of spiritual grace; and finally, read, read, read, read all kinds of books. Books about death and dying, of the type pioneered by Elizabeth Kübler-Ross, certainly, but fiction is also full of profound storytelling on the subject that often reaches us empathetically far more quickly than most other written works, and I never shied away from those.

I can’t help but wonder, though, whether my intuition hadn’t been sending me messages for a long time, because some of the most magnetic, most affecting books I’ve read in recent years have been memoirs of the dying, the grief-stricken and the suicidal: not one of which was anything but inspiring. The first of these was Joan Didion’s acutely observed Year of Magical Thinking, followed by Matt Haig’s Reasons to Stay Alive, a brave and straightforward book about severe depression, by a favourite, sweetly funny author. There was also Paul Kalanithi’s When Breath Becomes Air, one of the most beautiful, most precious books I own. More recently, there was Cory Taylor’s Dying: A Memoir, which I read just months before my own cancer diagnosis, and lastly, Natalie Goldberg’s Let the Whole Thundering World Come Home, received as a gift a few weeks ago, a story of survival, which has galvanized me into writing about my experience, because, added to all of these other small, unassuming, important books, it helped me to see how much we need these distilled, unflinching accounts of facing illness and possibly death—our own or a loved one’s—and how there are no rules for the writing of these. Each is as unique as the experiences being recounted.

Death and dying are the only profoundly personal, individual human experience we are ALL certain to share; they are the ultimate oxymoron—the universal one-off.

I haven’t resolved the conundrum of eternity, and I don’t think I’m meant to. I no longer search for absolutes. The physicist and man of letters, Alan Lightman, speaks of a universe, a world in which all composite things, including humans and stars, eventually disintegrate and return to their component parts. Based simply on my observations of the things we build, of the natural world that still surrounds us, and of our own aging and return to the earth, this seems a good place to anchor my thinking about beginnings and endings.

What I also know now, for certain, is how much we simply need each other, to get through the tough days, the suffering and the fears; and I know that it is enough. I have received a life-threatening, ominous diagnosis, and yet I have never felt so loved, so surrounded and so grateful to be alive. A spirit, an energy connects me to others, and to life. I have always felt it, been aware of it moving through me, but never so clearly as now.