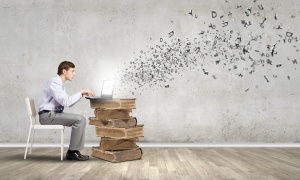 On September 10th, 2013, I pressed Publish, and my very first blog post—which was also my first post for the Pointe-Claire Library’s Online Book Club—entered the public domain. It would be followed within hours by its equivalent in French, for the library’s Club de lecture en ligne.

There wasn’t much to it, but it felt like I’d just pushed off from the shore of a vast ocean and was heading out into open waters that I knew nothing about. Cyber waters, to make things worse.

When I was asked to take up the challenge by Mary Jane, the manager of Reference and Adult Programming, it felt like a fluke.  I also sensed a small opening up of my future, and knew that I would say yes. I was electrified.

It didn’t matter that I’d never done anything like it before, and that I was without credentials. Mary Jane’s offer was kick-starting my writing life into a public space that I passionately wanted to enter, despite a raging case of imposter syndrome and fluttering panic that whispered what-if… what-if… what-if… (you can’t do this).

Underneath my fears, there was an obstinate certainty that I would do this.

What’s this happiness all about? 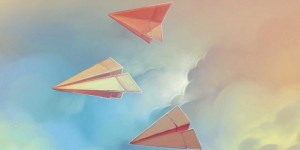 More than anything, I think that it’s about the miracle of living beyond your youth. About being on this earth long enough for the constantly updating versions of yourself to have as many chances as possible to flourish.

And it’s about the writing impulse.

I am a writer.

Such a simple and straightforward statement. And about as discomfiting as I am an artist.

Statements that induce inner (and sometimes public) eye rolling. That come off as both posturing conceit and insecurity. Which they are at times. But often enough, they’re simply personal affirmations of something hidden away inside ourselves that we need to share. A part of us that we want seen and even recognized. 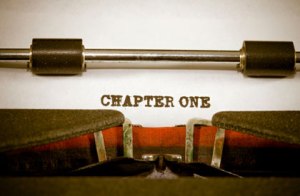 I’m a woman, a wife, a mother and grand-maman; a friend (a good one, I hope), a teacher, a linguist, a lover of literature and an optimist. I’m also a writer.

It’s important that you know this about me because it took so long for me to acknowledge this part of myself. And the sad thing about it is that I know now that I was born a writer, and think that’s most often the case.

Looking back at my childhood and adolescence, I can, of course, come up with standard examples of the different ways my desire to write expressed itself: writing stories that teachers really liked; writing angsty poems alone in my room—that sort of thing.

But those mean nothing. The writer in me came alive and started to draw big deep breaths once I’d left home. She began to show up every time there was a greeting card to fill out or a letter to write and I sat, not counting the time ticking away, crafting a wish or a message that came as close as I could get to how I felt, or one that would effect a change in the reader. Words that would linger.

She more and more frequently emerged to express my need to advocate for someone or some cause, so I sat down and worked through letters to the Editor at the Gazette or La Presse and emails to the CBC and elsewhere.

Often, she was my only means of self-expression.

She helped me to say goodbye to my stillborn son in a few impossibly sad letters, written days after losing him, that I have never been able to re-read. 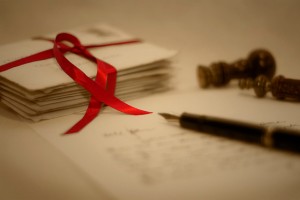 She has helped me to step back from pain and confusion and anxiety that threaten to overwhelm me, providing me the remove necessary to encode and eventually understand a little better why I feel the way I do.

She seems to always be with me on my osteopath’s table, where far too often, while working to open up all of the places where my body stores its physical and psychic wounds, Teresa will suddenly say: “Come back to me! You’re in your head!” and I’m startled because she’s right, and I’ve been drifting back into the place of words and of the running narrative voice in my head.

Teresa isn’t always a help though, because she makes me talk all the time (she says she likes the way I say things). But I forgive her, because she gets me.

There are other reasons why the writer in me has grown stronger and louder. I’ve noticed and inverse correlation between the weakening of my speaking voice and the emergence of the writer. 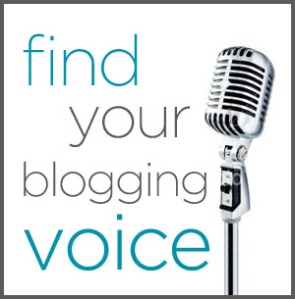 I have a soft, high soprano speaking voice, and sang in a choir till I had the twins. But some time in my thirties, more than a handful of notes disappeared from my vocal range. And I can’t scream anymore. That’s not a big deal because I rarely feel like screaming but I mean: I couldn’t scream to save my life—or anyone else’s.

The weakening of my voice is likely an occupational hazard (vocal strain comes with the teacher’s job description) and that would satisfy me if it weren’t for the fact that I also  understand that silence is an expression of resignation. I’ve learned and come to accept that there are relationships  and problem situations in my life upon which nothing I do will have an effect and so, I no longer confront them head on. In these cases, my pen and keyboard help me to find the solace of self-expression. 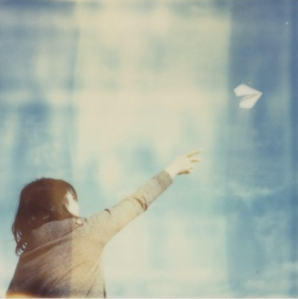 All of this was well in place when Mary Jane made her wondrous offer to me three years ago. I still don’t think that she knows what blogging means to me. 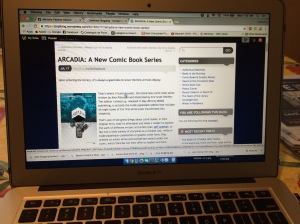 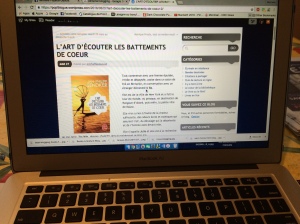 Since 2013, I’ve written hundreds of blogs in English and in French for the Library, and something inside me has opened up and found its legs and just wants to keep going. I love it so much that I found that these were not enough, and that I wanted a freer, more personal blog: this blog.

Just this week, a Facebook friend posted the link to an arresting and beautifully written essay by Roger Angell. It’s a very personal, wry, humble and soulful meditation on love, loss and impending death. Somewhere in the midst of his masterful piece, Angell wrote:

“I’ve also become a blogger, and enjoy the ease and freedom of the form: it’s a bit like making a paper airplane and then watching it take wing below your window. ” –Roger Angell, from his essay “This Old Man”

This rather peripheral little phrase wasn’t lost on me. It floated off the page and I caught it.

Blogging is an act of faith. Every time I sit down to write a post, I imagine you—someone—out there. I hope only for that one person, ready to catch my words. 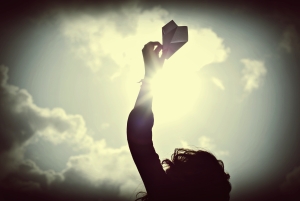