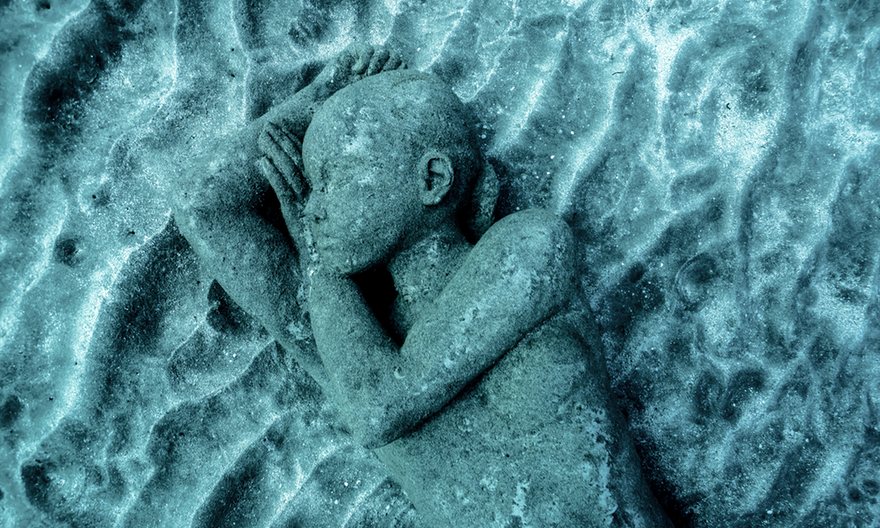 Montrealers are lucky, I think, to live in a vibrant and diverse city that hasn’t yet grown so much that it has lost its equilibrium. Living in my home town, even on its busiest days, always feels manageable (except maybe if you’re sitting in a traffic jam and/or trying to cross a bridge!) .

A friend who sold her cottage here and moved to Toronto many years ago commented not long after: “More isn’t always better”.

In the crush of life in many modern cities, these words often ring true. But not in London. At least I never felt it. Not at fantastic Borough Market at lunchtime; not at Harrods on a busy shopping day; not in the West End on a Saturday night (though crowds flowed like a river through the streets); and not even on Portobello Road during Saturday’s open street market.

What I felt was an incomparable energy and exhilaration.

WELL!
We went to Harrods this afternoon!
The Posh Palace!
UN-BE-LIE-VA-BLE.

Not being aware of the photographic etiquette in the place, I immediately whipped out my camera in the jewelry section, which didn’t go over very well with the firm (but polite) security guard.
(I did, however, manage to get shots of the Egyptian Room and of the DeBeers boutique: I’m still seeing spots)

The rules at Harrods are: you can photograph any of the merchandise but cannot take photos of entire rooms (you could be casing the joint, I guess).
From then on, I asked permission.

Christian and I were only truly happy for those few minutes when we were purchasing three Harrods donuts and giant slices of chocolate fudge cake and Russian honey cake. We will test the cakes this evening.

Otherwise, well…poshness really isn’t our thing, and neither is bling.

On the day we were to visit Borough Market, and maybe to prepare me for the bustle that would soon follow, Christian first took me to a sanctuary in the heart of London: St-Dunstan’s in the East. 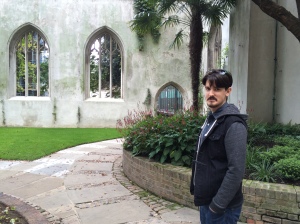 “ (…) We went to the Thames this afternoon, and Christian  started our day in the urban oasis of St-Dunstan’s in the East, a medieval Catholic church that survived everything but the bombing of London in WW II. Rather than rebuild, the city transformed its ruins into a beautiful enclosed garden in which to sit, read, eat, chat or ponder.

It was a stunnning way to begin my day in the heart of London.” 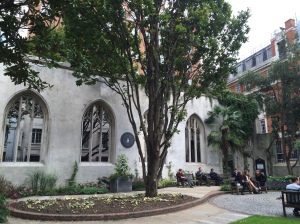 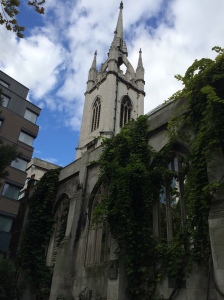 After this, I couldn’t have been more receptive to the hustle and bustle of Borough Market, where the action unfolds mostly outdoors, sheltered by an old overpass. Borough Market is about the commingling of the tastes and smells of regions, nations and their cultures. It’s about the pleasures of a human hive. 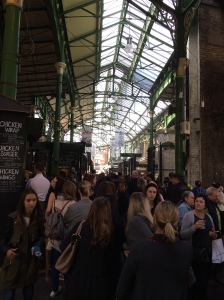 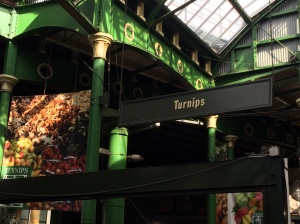 (Photos of Borough Market taken on September 25th 2015 by me)