Christian had a full day of dress rehearsal at LAMDA, so off I went to the Victoria and Albert museum on my own, with my Oyster pass, like a big girl.

The Tube is the great vascular system of London and a daunting prospect for a Montrealer.

Look at it this way:

Their respective subway systems, the Tube and the Metro= 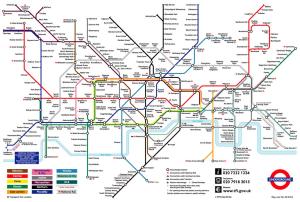 After navigating the Tube, getting lost on Montreal’s Metro would be embarrassing!

Fortunately, the journey from North Kensington to the Victoria and Albert Museum in South Kensington is just a few stops, and I did just fine, in spite of the fact that my inner gyroscope was thrown off for days.

You see, in my native Montreal which is built at the foot of a small mountain, going North means going uphill, and going south means heading downhill to the Saint-Lawrence river. London, having been built layer upon layer over millenia, is hilly in ways that messed with my inner programming and I often found myself not being sure which way the needle was pointing on my internal compass. It’s crazy how disorienting this kind of brain programming is.

And so, every now and then, I felt a bit forlorn. Until I reached my destination that is. On this day, it was the V&A; a great place to begin my exploration. There’s something about the scale and spatial proportions of museums that really matters, and in this regard, the V&A is just right.

It’s gorgeous, fantastically preserved, never overwhelming, cramped or crammed tight, and beautifully lit. It made such a difference to me.

On the afternoon that I was there, it rained off and on–a familiar pattern in London–and then the sun emerged and offered pretty window pictures like these, in the café at the V&A.